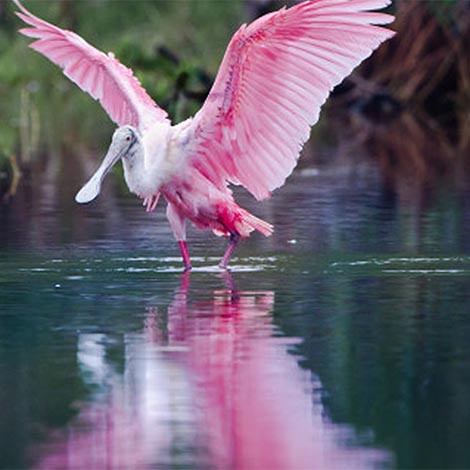 The Florida Everglades start at the Kissimmee River, which discharges into the vast but shallow Lake Okeechobee. In the wet season, the water leaving the lake forms a slow-moving river 60 miles wide and over 100 miles long, flowing southward across a limestone shelf to Florida Bay at the southern tip of the peninsula. 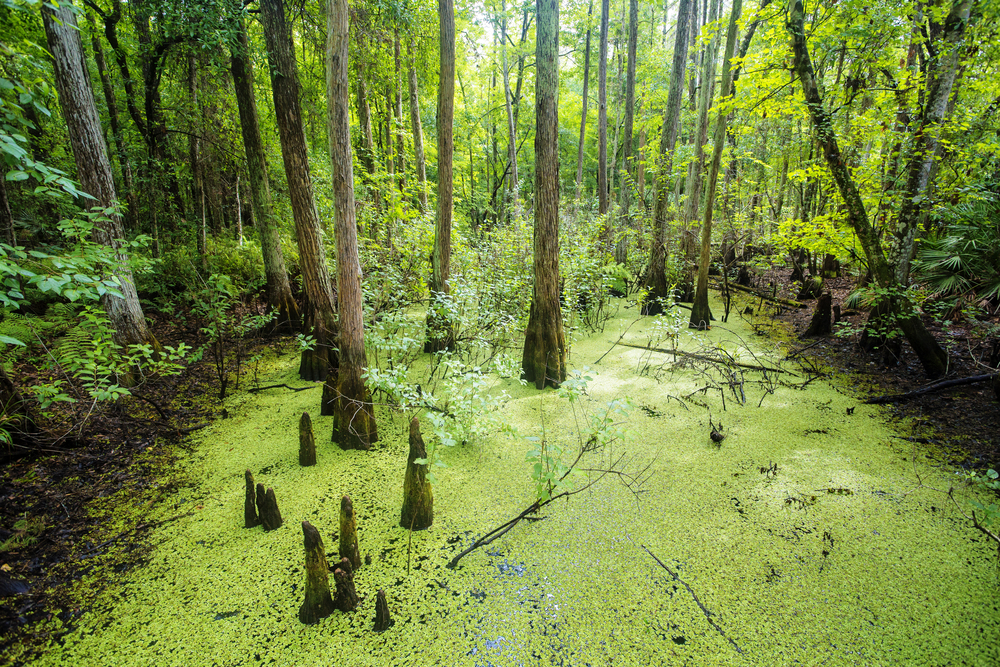 Along its journey to Florida Bay, the water from the lake brings life to different environments that conform an intricate labyrinth of interdependent ecosystems including cypress swamps, the estuarine mangrove forests of the Ten Thousand Islands, tropical hardwood hammocks, pine Rockland, and the marine environment of Florida Bay. Each is hauntingly beautiful in its own way: landscapes that cannot be replicated anywhere else. This fascinating corner of the planet is life giving and life affirming, a primordial landscape that should be protected. 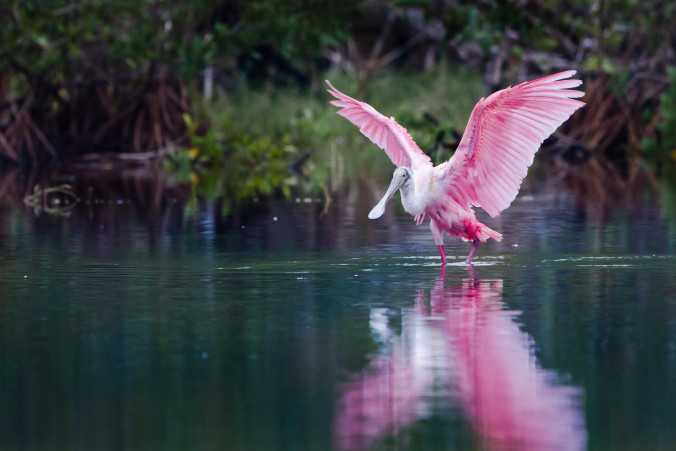 Pahayokee—Seminole for Everglades—was a pristine environment where the swamps and forests were not obstacles but a natural bounty. Calusa, Tequesta, Miccosukee, Seminole, and later Gladesmen occupied and lived off the land. The Calusa maintained a highly organized society and left behind many traces of their civilization, including large-scale architectural shell works, shell tools, carved wood, and long distance canoe trails. After the native population was exterminated by wars or exotic illnesses, Florida’s land boom promised cheap swamp land for agricultural or community development. That decision doomed the Everglades.

In her seminal monograph The Everglades: River of Grass, Marjory Stoneman Douglas attempts to redefine the modern perception of the Everglades from a worthless swamp to a life-giving river. The resilient southern end of this unique ecosystem is what we know today as The Everglades Natural Park. Declared a World Heritage Site by UNESCO, the park’s mission is to preserve and protect the unique and abundant flora and fauna within its jurisdiction. 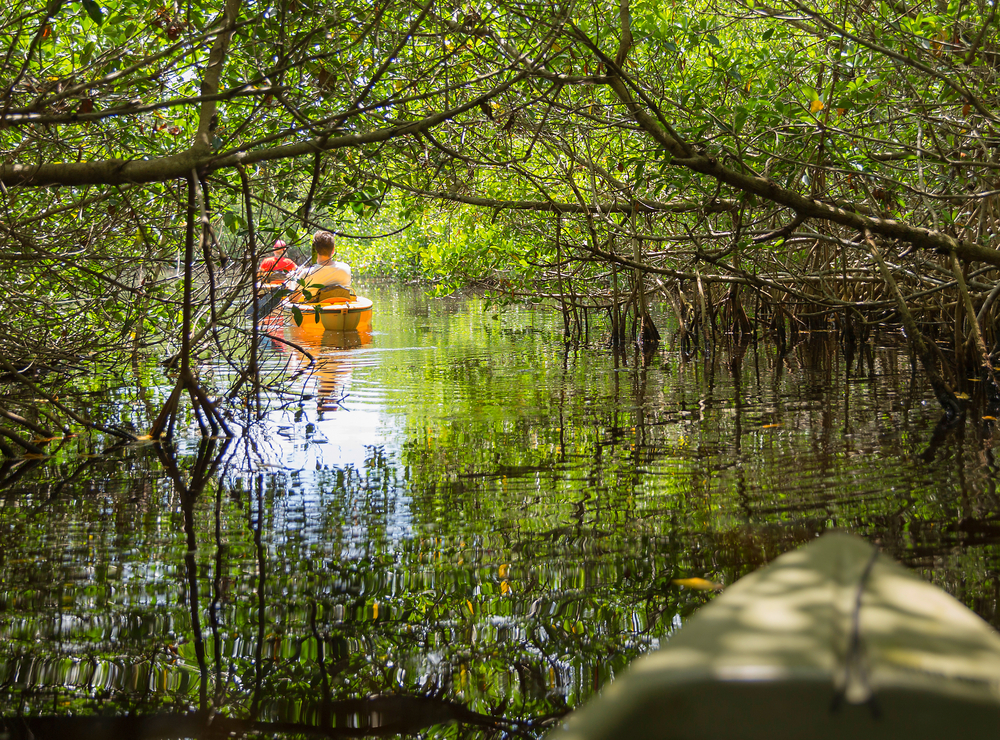 Everglades National Park covers between 1 and 1.5 million acres. It is the largest subtropical wilderness in the US. hosting an incredibly rich mixture of plant and animal habitats. It is also a beautiful place to visit, an invitation for our children to discover the incredible power of nature, the beauty of a glorious sunset over Flamingo–the southernmost town on the Florida mainland–or the enchantment of endless rainbows during the rainy season. Photo safaris are equally as attractive since many of the species of plants and animals are endemic to the area and cannot be found anywhere else. Feel free to canoe through he haunting cypress swamps observing the broad variety of birds, medium and large mammals like the elusive Florida panther, and, of course, the ubiquitous American alligator and American crocodile. 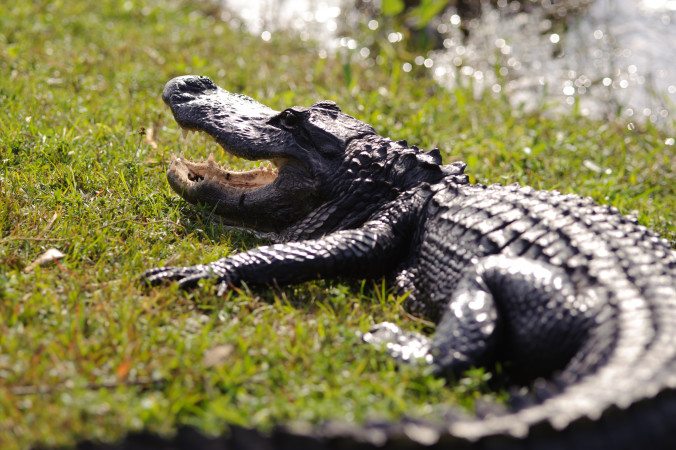 While most of the park is remote and inaccessible, there are plenty of spots within a few minutes from Miami or Naples, where you can get a feel for the “River of Grass”. The Park has three main entrances: Shark Valley, near Miami; Royal Palm in Homestead, and Everglades City in Florida’s West Coast. Each will lead you to a different, unforgettable encounter with nature, something we all need to do more often. The best way to see the park is to take the time to walk the boardwalks and trails along the main park road to join in ranger-led events. Naturalists give talks, and lead hikes, canoe trips, tram tours, and campfire programs, as well as narrated boat tours to explore the pristine Ten Thousand Islands and coastal mangrove. 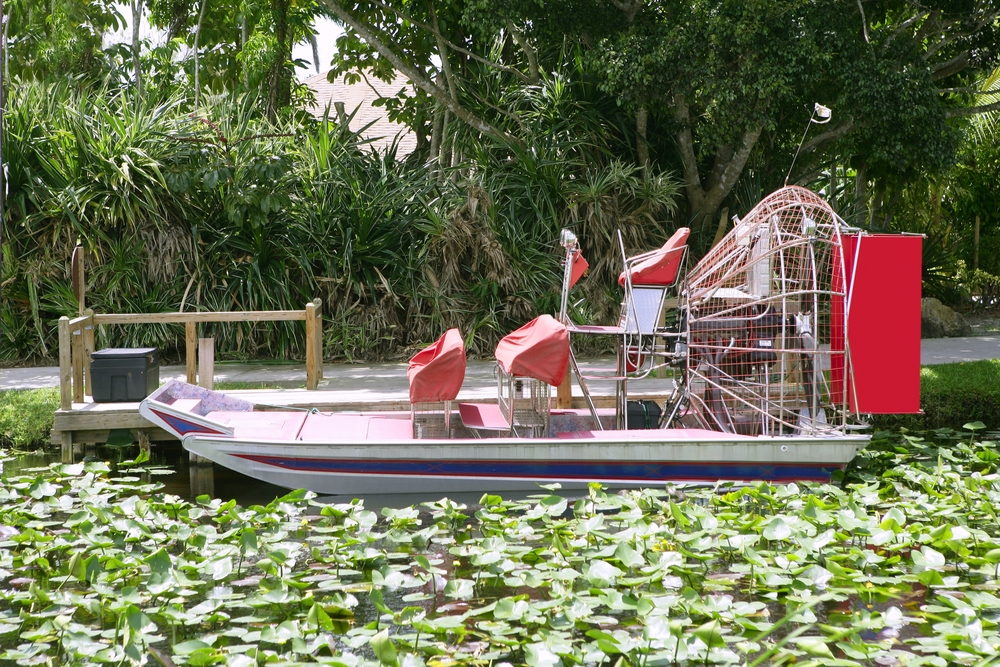 I remember that as a child growing up in Miami, I thought of the Everglades as civilization’s frontier. On one side there was progress, roads, malls, suburbs—our habitat. Beyond the city limits lay myth and lore, a land of monstrous lizards, giant serpents, mystery, and ghosts. I was disconnected from my immediate natural environment and devoid of the fundamental connection and sense of pride and ownership of the place where I lived. This shared belief contributed to the neglect of the glades. In the Everglades, there are not epic vistas or high snow covered peaks. This park is more intimate, more personal, unique, and discreet, but its overwhelming beauty will change your life.

If you are not comfortable venturing into the Everglades by yourself, there are several operators that will take care of all your needs and concerns. These include Dragon Flies Expeditions with a comprehensive Everglades Backwater Tour. And if you think the Everglades are only about nature and not art, we invite you to visit Clyde Butcher’s Big Cypress Gallery located on 13 acres in the middle of the Everglades on Tamiami Trail. Butcher is an award-winning photographer and environmentalist who has produced some of the most iconic images of the river of grass. 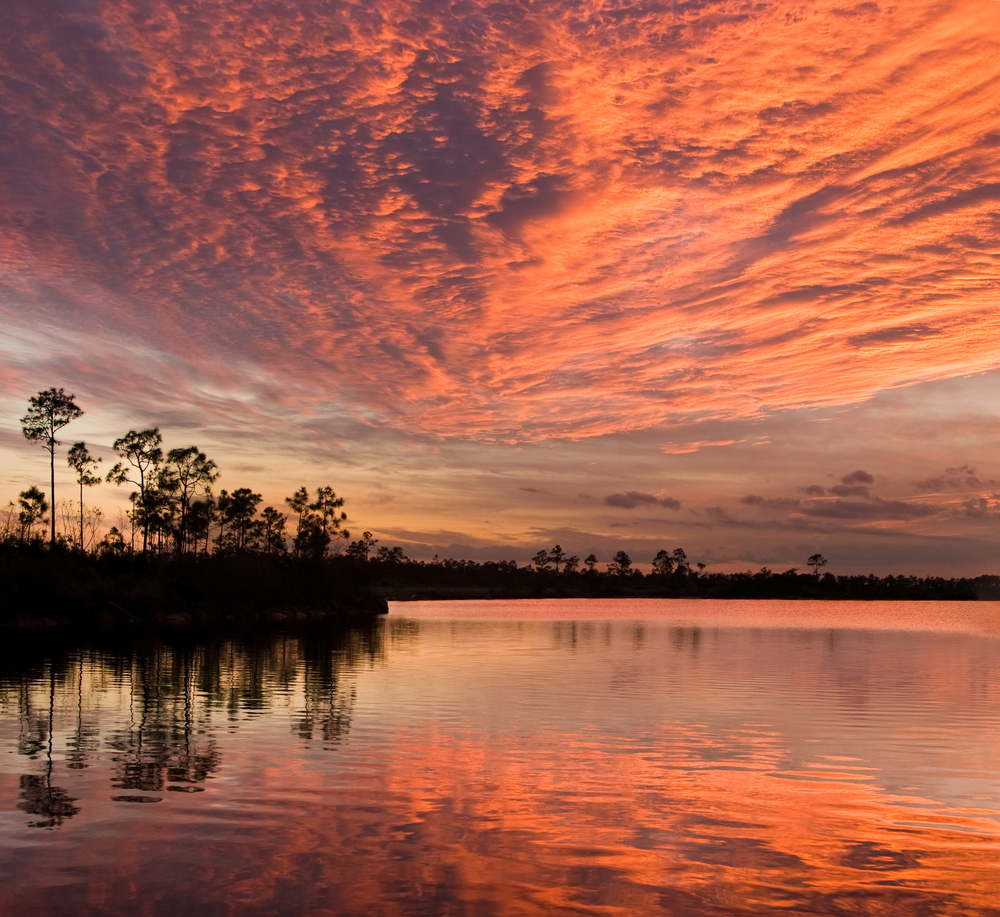 As it has been since the mid 19th century, the Everglades face continuous challenges. The latest problem is the growing population of invasive species like Burmese pythons, purple swamp hens, Cuban frogs and Australian pines, among others. This is the result of an ill-regulated exotic pet trade. These species compete with native plants and animals for resources and habitat. The expansion of the sugarcane industry, other agricultural endeavors, loss of habitat to real estate development, and supplying clean water to mores than 7 million South Floridians are stress factors that have to be dealt with if we want to protect this environment. Some call the Everglades a fragile ecosystem. We call it the most resilient treasure in the southernmost corner of the United States.